Well it's raining again. It's rained a lot this year and as we all know from watching TV June was the wettest June ever. So I'm off work today because I was going to go to Llanberis for a spot of slate climbing. But the rain put a stop to that.


So any way I have made a new video, I'm sure you have seen it by now as I posted it on Vimeo some weeks ago. It's got a classy tune. I filmed it with my trusty hound Jessica and if you watch it you might want to follow her rather than me. She's probably more interesting. It's over 8 minutes so go and put the kettle on while it loads.

April has been more that little April showers here in Yorkshire, though I have been getting out and putting some holes in my tips. First couple came from a flying visit to Hunters Stone on a Friday evening to try By Hook or By Crook, a short but tricky arete.

A week off and it was another evening trip to Slipstones, took about 20 minutes to get a flapper on the other hand on the short dyno opposite Micro Corner. Oh well more skin rest and more balm use.

A few days later saw an evening at Caley and ticked a tricky unnamed 6c, not the best problem at Caley but it does spit a lot of people off and the finger pocket does do some damage. The it was down for some Not My Stile Action. Both Sam and I were making good but different progress when I left a finger tip on a hold as I fell off, ouch. It was scar tissue from the trip to Hunters.

Yesterday I decided to take a proper look at the new problems at Evestone, climbed by Dave Sutcliffe , Adi Gill and their team. There are some great problems and a stupendous Demon Wall like roof. I was aware of this because a friend, Graham, had found it some time ago. Though he never went back to climb the new lines.

It was all a little damp and rain threatened so I decided to try the roof (7a) problem, hard. Then I thought lets get the Pumpy traverse round on the front, big start to a traverse along a slopy rail. The Traverse at 6C+ is hard I think it's really at least 7a. After a few goes I was doing ok, though my wrist was hurting, then the pitter patter of April showers.

BRRRrrrrrr... I hear people say "To cold for me outside", yep it's been like that for a while but the point comes where you have to brave the cold and embrace the friction and get out onto the Real Thing, Sound track for this blog post... The Grit.

Brimham was the first place in this cold last Saturday, the air temperature was low and I was high. We, I had two 12 year olds in tow, did a few warm up. Well at least I did while they buggered off and came back asking how long before they could return to the fecking God dam Xbox.

Then I wondered off to take a look at The Titfield Thunderbolt, been trying it for a while. But it was a little too cold, numb fingers and the motivation was a little low. So I thought a quick look at Green Arete, I knew it was a tough for 6c, it has kicked me off a few times. However the good friction combined with the idea of getting my feet high to start paid off and the top was mine in a little more than 6 goes.

Down below I could hear the boys getting into trouble near the frozen pond over the fence, all along I had heard clattering on the ice, boys will be boys. As I watched I became aware of the Nidderdale view diminishing, a wave of snow was coming down the dale. We wondered off toward Cleft Butress but soon realised the snow was getting heavier. Cutting down to the lower track and heading towards the car park we passed Jokers Wall. There two intrepid men were donning their boots, I wonder how long they stayed?

Caley was the second outing this week, an afternoon off for my daughters GCSE options meeting at 4pm. That left two hours at Caley. I'll be honest ambitions were high, The Horn Left Hand was the priority but after warming up and getting on it I soon learned that this is the coldest boulder in the world, probably even colder than Bridlington sea front! So I thought at least I could have a quick go on Mr.Smooth and quick it was. Straight up, though the slab got sketchy with snow and ice littering it. But things got worse on the decent, flat on my arse then slipping back down to the mat. Excuse the flies;

Happy New Year, well yes it's a bit late but the weather has been shite, Christmas has been and gone and other than the wall I've climbed feck all.

Then today came, still, cold and sunny perfect conditions to get on the grit. But first I had to sort Big Franks Lock Up out, that's my council garage. What a load of crap has been chucked in there. Anyway after a trip to the tip and the scrap yard (got £8.64!) it was off t'Cliff.

Conditions were good, not excellent and the grippiest rock was in the shade where it was cold.

The usual warm ups were on Low Man. then some flailing led to more flailing on the traverse into Morrells wall, still I bumped into a few folk I know and had the crack. Then onto Wall of Horrors Traverse for more flailing.

The big reward however was the great sunset. 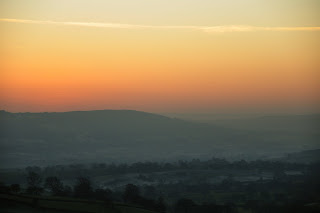 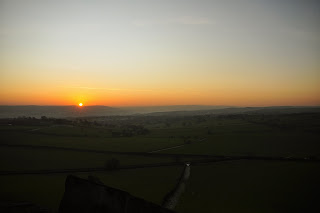 I've just been looking back through my posts on this Blog, and my thoughts of this morning while out with Jessica the boulder hound have been confirmed, I did not put the Famous 45 video on.

Famous 45 is essentially a short dynamic problems in Guisecliff woods, a large are of woodland under the mighty Yorkshire crag of Guisecliff it's self. The routes on the main crag have a tendency to be dirty and not very welcoming, though there are a few classics such as Comet Wall.

However, the bouldering is in a different league with some great problems. Including one of the best 7a's in Nidderdale, A Little Sparkle - follow the link to see my ugly mug some years ago.

Anyway without further a do onto Famous 45,

One Dog, One Problem, One Hour

Ok I've been very guilty of neglecting this blog, I must make more effort.
Especially when I consider that I've been lucky enough to spend three weeks in Canada and the good old US of A.

Well I may well blog about those later. Since I've been back I have been out climbing and done one video and taken zero climbing photos. I made the video on an afternoons trip to the fabulous Earl Crag. Quite a few of my climbing pals are never keen to go to Earl, in fact they are quite disrespectful of the place. But let me assure you it's a great bouldering venue, bleak in winter cool in summer, but always tough on the skin. Go there and enjoy it but be prepared to get spanked - may be that's why they don't like it? 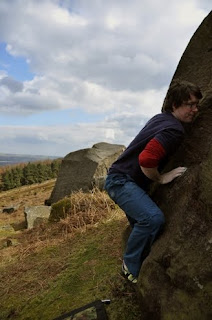 Last week proved to be little more than a foggy damp pile of durge, until Friday when the weather picked up.

So I arranged to meet Sam from work and his pals at Swastika Stones on Ilkley Moor. Swastika offers some good mid grade climbing though the rock can be a little harsh in places. Topo

We did a few of the easier climbs, but they are quite stiff at the grades; 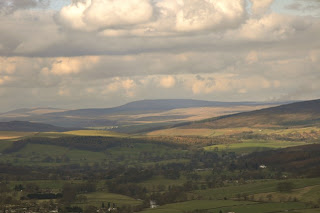 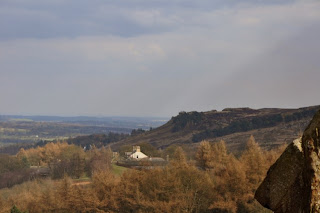 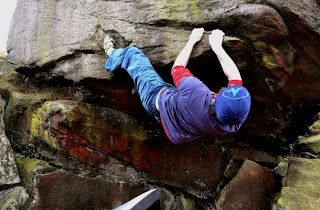 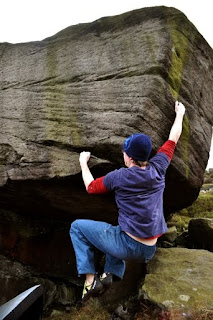 The problem we spent most ime on was Swastika Eyes, a good dyno. Originally given 7b it was bit of an eliminate. Using the obvious left crimp on the line and going for the top gave Sam the glory. I was close, just to hungover - The Guinness and Whiskey had kicked in!